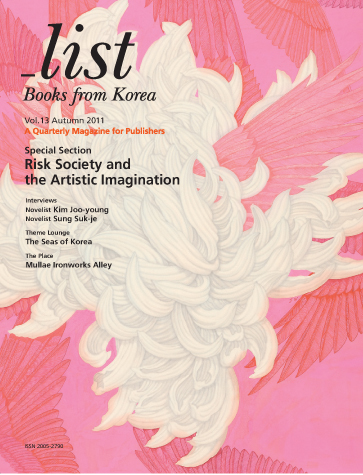 The Way We Confront Disaster

A catastrophic earthquake on the scale of nine took place in northeastern Japan this pastspring. An artificial paradise made for human stability and convenience disappeared withouta trace. Citizens were engulfed by the natural disaster, unable to resist or refuse. Japan wasseized by terror, and neighboring countries also became anxious. What happened in Japan wasan affirmation of the unpredictability and uncertainty of danger and disasters, and the worldwatched as Japan’s decades of preventative measures crumbled before the earthquake.The earthquake had an enormous impact on the Pacific plate, moving Japan two metersand the Korean peninsula five centimeters to the east. Movement usually spread out over thecourse of a year happened in one blow. This is perhaps a metaphor for the interconnectedness ofcontemporary society in which the effect of disasters and dangers are not contained within theunfortunate country but also has a great impact on neighboring countries and the rest of theworld.The radioactive scare and the grim news of natural disasters occurring worldwide since theearthquake speak to the immediacy of disasters and dangers today, which are no longer bleakpredictions but an ever-present pain.In this issue, we will examine the sociological discourse of dangerous societies in Korea andhow catastrophes are conceptualized in Korean literature and film.Discussion on danger has increased recently in Korean society as a result of the rise of newpowers in 2008 and subsequent changes throughout society in the wider context of the globalcrisis.What we feel as we face disasters is a fundamental reflection on where modernization hasbrought us. Man, enlightened through advances in science, has lost his fear and awe of nature.Through a devastating destruction of civilization, disasters warn us against anthropocentricviews and actions. We see ubiquitous signs that tell us we can no longer place all our faith inour abilities alone.Depictions in literature and film have espoused disasters as a theme since long ago.Recently, attempts have been made to depict the psychology and sentiments of the individualin the throes of disaster through a variety of viewpoints and a more colorful language. This islikely because danger is no longer a virtual scenario or a story about a far-off future but a part ofreality. Dangers and disasters have immediacy as they function as an occasion for self-reflection.It is not the spectacle and shock of awesome destruction that art espouses as its fodder;rather, in the aftermath of a disaster we see man who rises above the ruins, who sacrificeshimself for others and does not let go of the frail hope of survival. The arts takes liberties in itswitnessing and experience of disasters in ways other social discourses do not because it depictshuman behavior in extenuating circumstances, and not because disasters make for sensationalmaterial.Through the imagining of disasters and dangers, Korean literature and film also suggest thedangers of civilizations made exclusively for the convenience of man. They pose the question asto what the weak individual can dream of in a time of danger and instability, and where to sowseeds of hope in the world when disasters, misfortunes, and crises have come to an end. Thisvolume will allow you to peer into the keen imagination of Korean writers today.