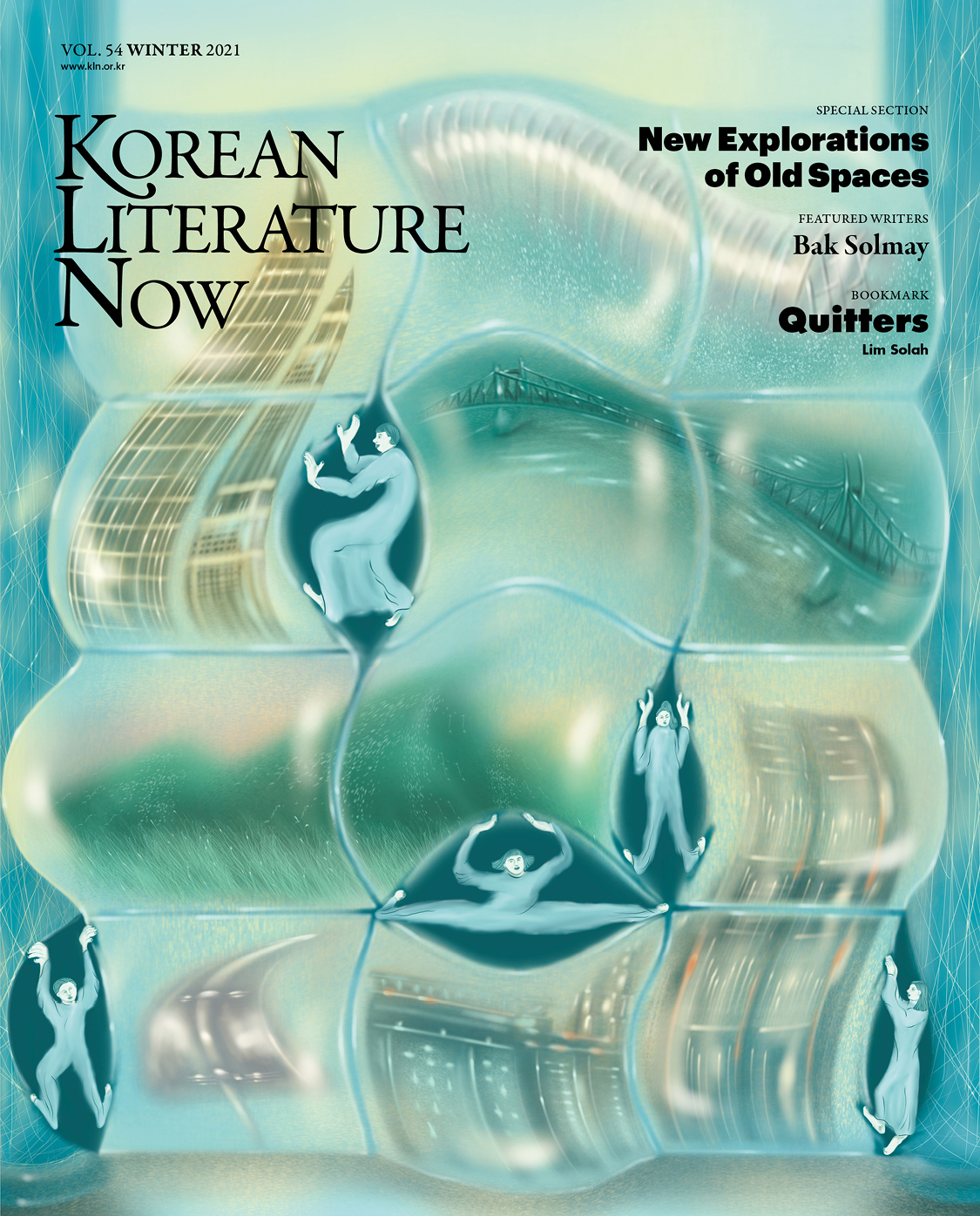 In this issue of KLN, we will be looking at Korean literature through the perspective of space. For as much as Seoul—the nation’s capital and its cultural epicenter—is seen as the main stage of Korean literature, the extent to which the space of Seoul is featured in K-lit is rather excessive. For far too long, the non-urban provinces of Korea have only remained significant in their relation to cities. Within Korean literature, the provinces were largely historicized, and therefore, antediluvian.

Recently, the gap between cities and provinces has grown. Depopulation is wiping out entire towns, while cities are increasingly burgeoning. Meanwhile, the satellite towns that encircle the bigger metropolitan cities are being relegated to second-class status. The cities themselves operate against a hierarchy, with the gap between cities becoming reorganized as the gap between Seoul and the provinces. Globally, we are witnessing geographical integration and restructuring of entire populations that are driven by the forces of capital and economic efficiency, with the trend also exacerbating the spatial hierarchy within Korea. What does Korean literature have to say regarding these regions that are either being sealed as geographical time capsules containing traces of the nation’s history, or seen as suppliers of necessary resources for the metropolitan regions, or indulged in as oases of consumption and leisure away from the pollution and waste of the big cities?

The more recent works in Korean literature give due focus to the sense of place of the local provinces while also shedding new literary light on these territories. The works of Bak Solmay, our issue’s featured writer, are a case in point. Bak’s fiction reflects on the concept of time in the cities, of how the distance between cities and provinces is represented in the distance between the past and present. It portrays characters who cannot be shoved into a particular category of citizenship, e.g., a witness to an era-defining event in history; rather, Bak’s fiction is more interested in the people going about their contemporary lives in the local provinces and those nomadic wanderers who cross fluidly between the categories of habitation and migration.

In the Special Section, readers can experience Gwangju as an everyday humdrum borough and less as the site of conscientious disobedience and shrine of democracy that witnessed the deaths of countless people to the brutal state-sponsored massacre on May 18, 1980. Readers will also be introduced to the neo-scape of “techno-valleys” and the new corporate culture that sprang forth from IT complexes that are not necessarily specific to any municipal distinction but rather share a particular sense of place. The Section also features an excerpt that details how an ongoing labor protest against management and its ensuing failure can disrupt and demobilize many lives. Through these works that seek to cross over the multiple hierarchies in our living spaces, we may discover a newfound diversity in Korean literature, which will ultimately fuel diversity in Korean society.