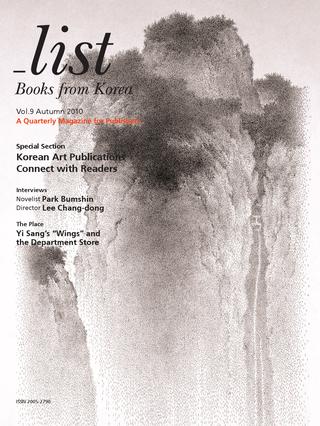 Picasso said, “Art is money,” as though he had foreseen that one of thepaintings from his Blue Period, “Boy With the Pipe,” would be auctioned offfor $104,160,000. Picasso knew very well that art was subject to the supplyand demand principle of the market.Paik Nam June also said, “Art is just fraud, everyone cheats one another.It is the highest form of fraud.” The works of Paik Nam June do not offerordinary beauty to the viewer; rather, they perplex the public. Art, to him,meant doing something nobody else had done before; hence, it makes sensethat he referred to art as fraud.So then, how does the public view art today? It has been a while sinceart was the exclusive claim of the aristocracy, and it is now easily available tothe masses, but art is still not easy for us. It is difficult for us to come intocontact with art that has become canonical in art history; and contemporaryart, which over-emphasizes the novelty of form, engenders dismay.However, beginning around 2000, the Korean art market has shown signsof change. Extensive trips abroad by many Koreans have made it possible forthe general public to see original artwork in the renowned museums of theWest, and exhibits of famous paintings are frequently held during schoolbreaks in Korea. There is the relatively new profession of an auctioneer;and art fairs where art works can be bought have increased in number, thusmaking it possible for people to get much closer to art. There are a largenumber of books on art that are contributing to making art more accessibleto the public. The fall issue of list has a special on art books for the generalpublic.There are many kinds of art books. Some explicate art in various forms,such as literature, art, comic books, mathematics, or a related humanitiesdiscipline; whereas other books deliver the know-how on how to collect art,or come in the form of guidebooks for art museums. Readers have showna preference for books that deal with self-healing or developing creativitythrough art. The former especially targets women in their 20s and 30s, andthese kinds of books have gained great popularity by introducing artworks bywhich readers can project their emotions and experience catharsis. The booksby Lee Joo-eun and Kwak Aram fall in this category. In light of the hottesttopic at present, which is creative management, how-to books on developingyour creativity through art appreciation appeal greatly to business people.Yi Joo-heon and Savina Lee have written such books. In addition, thanks towriting by eminent art historians like Oh Ju-seok, Son Cheol-ju, and ChoiSunu, there is a greater interest in Korean art, which, compared to Westernart, has not been as popular in the past.It is not clear if art is indeed also about money or fraud, but it is certainthat it enriches our lives. Readers can encounter a wide variety of books onart in the fall issue of list.