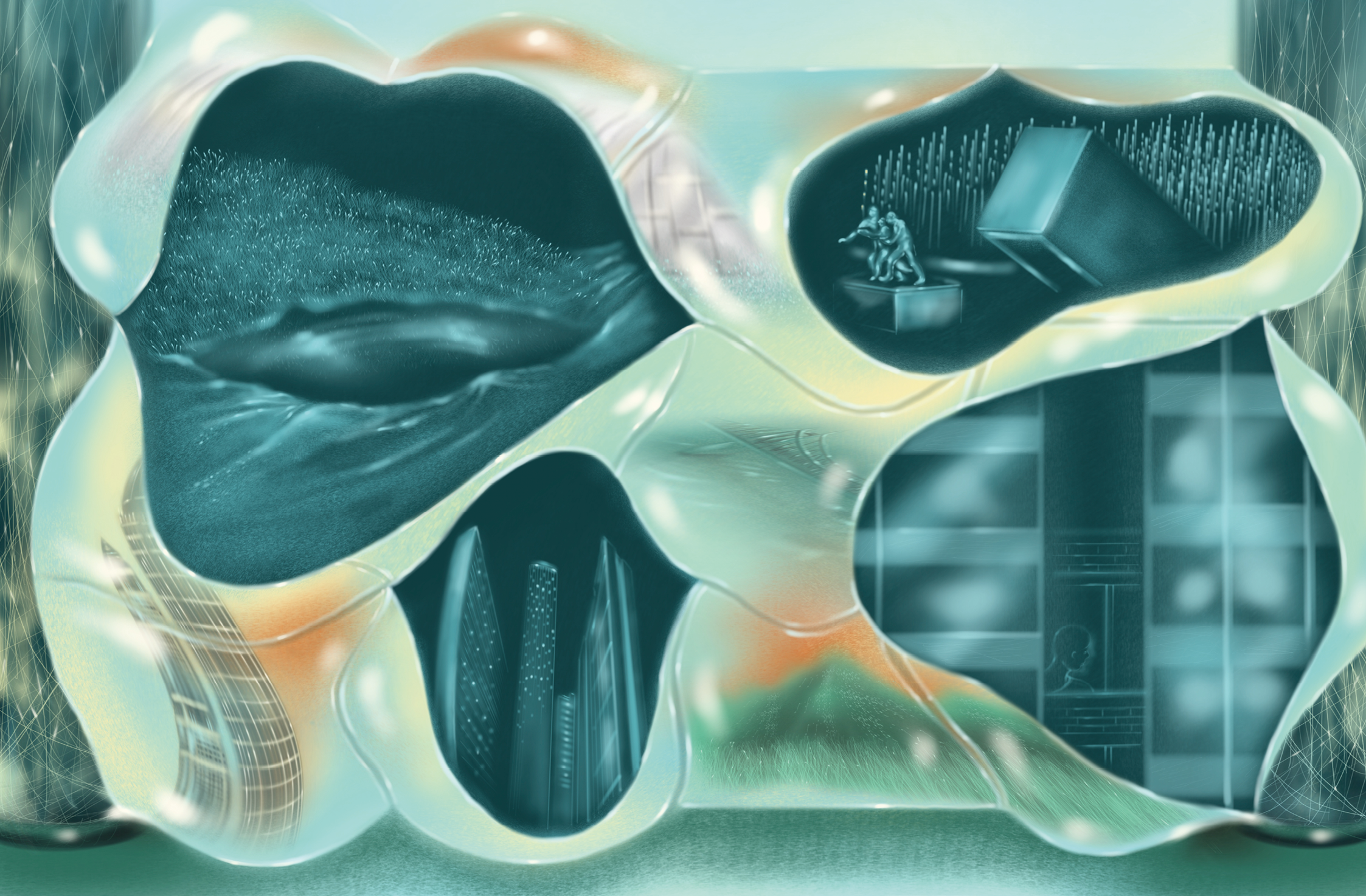 In Korea’s quest for accelerated development during the modern period, the local provinces were sacrificed for the sake of Seoul and the overall prosperity of the nation. Capital began accumulating in Seoul to be invested in the country’s industrialization, and all of Korea’s human and material resources were pumped into the city in a strategic attempt to go all-in on what the nation perceived to be its winning hand; these resources stayed in Seoul and were reinvested in the city, as naturally befits the market principle of economies of scale. As this cycle repeated itself, the gap between Seoul and the other provinces no longer simply became about geography; the discrepancies became a very real and insurmountable gap that impacted all sectors—culture, economy, education, and public administration. These disparities later became a social basis to justify the further marginalization of the provinces.

The same could be seen in Korean literature. Thus far, Seoul has (un)consciously served as the default backdrop for most Korean fiction, both as the physical setting and as the cognitive framework through which the narratives were perceived. Within the center-periphery binary, the non-Seoul provinces were portrayed either as odd, unfamiliar, and incongruous spaces for Seoul’s urbanites to wander around in or as the culturally backward boondocks of pre-modernity. Although several works of fiction placed their narratives in local provinces, most of them were devoted to the workday struggles of characters who never made it to the mainstream, or testimonials of the various tragedies that occurred in the provinces throughout Korea’s tumultuous modern and contemporary history, including, but not limited to, colonialism, liberation, war, and dictatorship. Or, as a reaction to this phenomenon, there were some works that sang the praises of old farmlands and fishing villages that weren’t despoiled by the ravages of urbanization and instead were idealistic vestiges of a quaint, provincial past (complete with the obligatory slang and diction particular to the towns); these too were superficial attempts at representation that didn’t give near enough consideration to the lived realities in the provinces or were additional instances of the city-province binary where the lone protagonist goes navel-gazing in a place meant to stand in stark contrast to the big cities.

Against this context, it is encouraging to see a plethora of new works that attempt a new understanding of the local provinces by applying a contemporary, rather than an anachronistic, perspective. These works deal with how themes such as discrepancies in the past and current understandings of a particular historical event, changes in labor conditions due to capital flight, and a complexly formed ethos of a particular place can ultimately impact individuals and their thought processes. Here, I would like to explore the potential for new spaces that can be carved out in Korean literature as these works hopefully suggest.

“Then What Shall We Sing?” looks at the city of Gwangju from the perspective of a generation that has not directly experienced the citywide movement for democracy. The massacre that killed countless Gwangju citizens in May 1980 placed an enormous debt on their contemporaries living in other cities and provinces, and forever imprinted Gwangju as a place of mourning and remembrance. Korean literature treated Gwangju largely in the same vein. “To write poetry after Auschwitz is barbaric,” opined Theodor Adorno; to imagine a narrative about Gwangju that excluded mention of the tragedy was likewise implicitly forbidden. To members of the younger generation, however, the Gwangju tragedy is like the other tragedies in the pages of their history books, i.e., incidents of the past and not of the present. “It feels like there’s a curtain in front of me,” says the protagonist in “Then What Shall We Sing?” Gwangju may be a place that still evokes feelings of grief and remembrance to those who witnessed the tragedy firsthand, but it is also a place many young people call home and go about living their own lives. By revealing this intergenerational cognitive dissonance regarding an era-defining tragedy, the short story shows how Gwangju can no longer simply be narrowly categorized as a place of mourning and remembrance, but that it is, like all other cities, a space that inspires new imaginations.

Set against a newly built satellite city of Seoul, “The Pleasures and Sorrows of Work” portrays the lives of office workers in the IT industry. Satellite cities are artificially manufactured towns whose objective is to redistribute the functions that are concentrated in Seoul. The cities are designed to serve an explicit purpose, which is why their demographics and industries are less organically diverse, as they are in other places, and more artificially dictated. One case in point is the satellite city of Pangyo, a place almost entirely inhabited by highly educated IT professionals servicing knowledge-based advanced industries. In the story, the C-suite officers of a tech company promote such “woke” values as open communication and a horizontal organizational culture, in seeming contrast to the workers’ former employers. However, the executives’ contempt for their workers and their instinct for worker exploitation clearly simmer under their cool-boss façade, as when one officer exacts revenge on an employee who angered him by paying his salary in redeemable points instead of cash. The workers do not put up a fight in the face of such injustice, instead enduring their daily grind while they wait for their next paycheck. Even as the way we work continues to evolve, the novel argues that the fundamental conflict between capital and labor has largely remained the same.

The background for “Van Gogh’s Light” is a non-urban area located on the outskirts of the Seoul metropolitan region. While Seoul’s satellite cities witnessed a transfer of many of the capital’s functions into its planned interiors, the non-urban regions outside Seoul accommodate businesses engaged in high-risk, small-scale engineering and manufacturing who were driven out of Seoul by its high wages and high property prices. Once sprawling farmlands, these regions now source their cheap labor from migrant workers of various backgrounds; as such, these regions function as transitional zones that are a melting pot of various cultures. Abul is one such migrant worker who is fired without any compensation when his hand is pulverized by an industrial machine. In despair, he takes his own life. No one cares about the lives of these workers who exist on the periphery of the community. There might be a few people who pay some heed to their lives and deaths, but the forces of capital, assisted by the oppression of Korea’s judicial system, by and large abandon the migrant workers who groan under the tyranny of indifference. It appears that the countless tragedies that occurred in our cities in the run-up to industrialization have not gone away; they have simply been swept under the rug in these non-urban towns for our peace of mind.

I Live Alone in Jeju and I Can’t Hold My Drink is a collection of poetry set on the island of Jeju-do, which, of all the Korean provinces, sets itself apart with its geopolitical distinctiveness. Jeju-do is administratively speaking a part of the Korean Peninsula, yet it has its own unique history and culture that cannot easily be brought into the same fold with the rest of the nation. As with Gwangju, Jeju was for a long time understood as the setting for some of the most atrocious events in contemporary Korean history; alternatively, it was seen as an exotic destination where mainlanders could sojourn for a couple of days and feel as if they were in an entirely new place. Recently, Jeju has also taken on a new identity as a symbol of an alternative lifestyle and a place where people fed up with their current lives can escape to and start anew. For these reasons, it is difficult to demarcate Jeju’s sense of place. This poetry collection, written not by a Jeju local or a traveler breezily passing by, but by someone existing on the periphery, provides yet another perspective of Jeju’s sense of place. In the collection, the author goes through a process of self-discovery wherein she stumbles upon the realization that she may be a “strange funny person” as she seeks to integrate herself with the ill-defined, deliciously complicated identity of her adopted home.