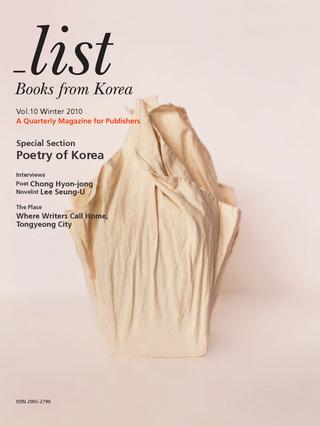 Where Poetry Is Loved

Koreans love poetry. The status of poetry in Korea is quite different compared to many countriesin the West. Whereas contemporary poetry in the West finds itself distanced by the generalpublic for its immersion in the abstruse Modernist experimental form, modern Korean poetryhas been loved by its readers, which in turn have nurtured its growth in Korea. One often findspoetry books on the bestseller lists in Korea. Diverse and specialized magazines on poetry aresold in bookstores. Ko Un, a Korean poet who has been a candidate for the Nobel Prize inliterature many times, has been writing poetry for over 50 years.In the last century Korea underwent a period of turmoil and rapid change duringcolonization, modernization, division as a result of the Korean War, and demonstrations.To overcome the hardships of the times, a great surge of energy was manifested in the arts, whichproduced many great novelists and poets of Korean literature. The biggest reason why Koreanpeople love poetry is that during the colonial period (c. 1910-45) poetry was how the Koreanlanguage was able to survive, and through poetry the literary qualities of the Korean languagewere most actively explored. Koreans often cite Kim So-wol from 1920s as their favorite poet,and that is because he expressed in his poems the subtleties of the Korean language and thesentiments of the Korean people in a most outstanding way.In the 20th century Korean poetry directly confronted the conflicts and debates that aroseduring the course of modernization, and exerted its social influence in the utmost way. Especially,since the 1970s, Korean poetry, in opposition to political repression and rapid industrialization,expanded its social influence. During this time, Korean poets exposed the social conditions ofthe country through their poems, and revealed their will and desire to overcome the negativestate of affairs. On the other hand, there were poets who posed fundamental questions abouthumanity and the world, experimenting with language and new forms, while others wrote lyricalpoems on human emotions and internal reflection. The realm of the imagination has beenexpanded through these manifestations of the diverse explorations of human existence and novelattempts at poetic idiom, not to the mention the diversification of the poetic language.In particular, since the 1980s the trend in Korean poetry has been an innovation in literaryapproaches. Young poets have produced numerous works rebelling against the system andexisting conventions, and at the same time garnered much attention to themselves as their booksof poetry have gained readership. The poet Lee Seong-bok has deconstructed the dominantpoetic idiom and grammar, and conveyed the existential discontent of his times through poetry.Beginning in the 1990s, the poetry written after the 1970s that expressed the political spiritwent into decline, and was replaced with poetry by the new generation of poets with an urbansensibility. These poets were less interested in social issues, and began writing poems on the dailyaspects of city life.Modern Korean literature has a history of less than 100 years. At the onset, the poetryestablishment did not surpass the level of small literary magazines, and poets were few innumber. However, Korean poetry has rapidly grown in quality and quantity, and the number ofpoets now number close to 10,000. Without question, there is a plethora of styles and individualvoices found among these diverse poets. Translation cannot do justice to poetry; neither is poetrya genre that, despite its relative popularity, appeals to the broadest of audiences. But there isnothing like poetry that can best express the characteristics of Korean literature in a particularera. In comparison to fiction, Korean poetry has a smaller readership abroad, and has not beenfairly assessed. This special edition of list_Books from Korea will provide an introduction to awide range of Korean poems for readers abroad that are curious about Korean poetry.